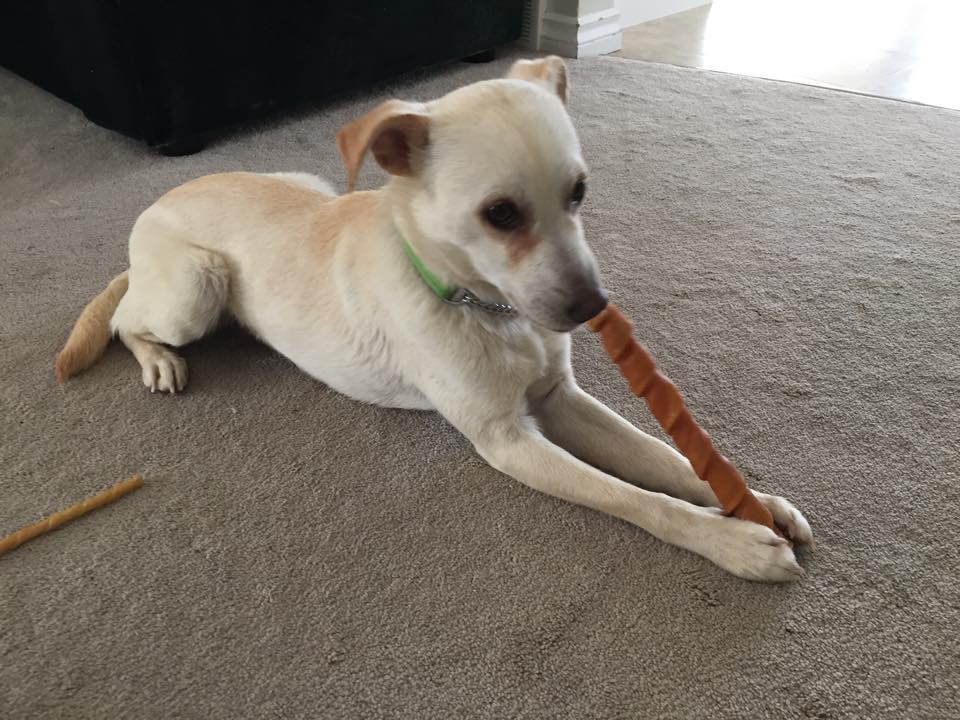 UPDATE: Casper was sent to Sunshine Coast SPCA where he was adopted.

Casper is just over a year old, and still puppy like This 15″ tall blond Chihuahua x cross, was found wandering the cold streets of Watson Lake over winter and came to YARN in March by way of the pound. He is living at a foster home in Whitehorse, where he gets along with the other dogs, and loves the children.

He is is a playful young guy and loves being fussed over. He is attentive to humans, and snuggles up to be petted at any opportunity. He’s a real lap dog.

To meet Casper, send a message to YARN.